Two vans, green and bearing the logo of the Colorado Department of Parks and Wildlife, proceed cautiously along the narrow dirt track that competes for a share of the streambed. They traverse the creek, meander in and out of the veins of sunlight, dodge newly fallen rock, and progress toward the only entry to the ovoid shaped valley up ahead.

The six sunglassed men in the vans scan the canyon through open windows. They are dressed in false uniforms, carry false IDs, and yet, in fidelity to their trade, bear expert tools of stunning lethality. In the air, a hundred feet above the road and a quarter-mile ahead of them, their Parrot-4 survelliance drone is hovering like a guard dog on point.

Their mission is singular. No warrants. No Miranda warning cue cards. They have shovels.

High above them, an intermittent track, an old mining burro trail, clings to the sheer cliffs. It is invisible save for scattered wood  and metal debris that a century of sun and weather has transformed into the same colors as the cliffs. It leads to a mine that wormholes a score of man-size borings into the porous Kayenta Formation. In three of these borings sit stacked cases of dynamite, easy to procure in this country, armed with electronic, sequentially initiated blasting caps. The caps, despite a century-plus of development, remain testy, subject to sparks, pressure, heat, shock, electromagnetic interference, and the wild cards of Fate. They are the jokers in a bomb maker’s deck.

The mine is known to only one living man, who spies it now in a spotting scope from five miles across the valley. The man’s eyes shift to his laptop screen. An eagle’s view of the two vans from his RS-Searcher drone loitering high above the canyon walls.

The data for his devices is via satellite, and thus picks up a half-second of latency, which is of no importance today. The encryption is his invention, superior to TOR, absolutely unbreakable.

The Searcher watches the vans pass a rock topped with an “X” made of weathered tree limbs. They slow to a hard turn on the streambed. The man’s fingers, adept at screens and keyboards, mouse the cursor to a gray button sitting lower right. He double-clicks the button.

The report from the explosives rockets down the canyon walls, reverberating back and forth. The first van slams to a stop. The passengers look upwards as the initial debris-fall blocks the road. The cliff face, vast and implacable, leans out and over them. The sunlight is swept away by its deep shadow. The slow-motion fall, as if a cosmic crowbar peeled off a slab of canyon, defies comprehension and only their reflexes pull their unbelieving eyes away before they, their drone, and the entire lower canyon, are buried.

Sealed, the man at the computer thinks as he binoculars the mushrooming dust cloud and waits for the sound wave.

From KNOLL, published by SelectBooks, 2017. All rights reserved. 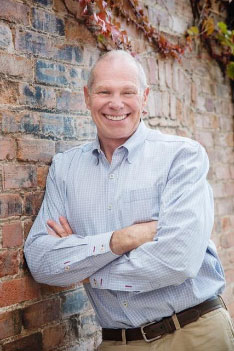 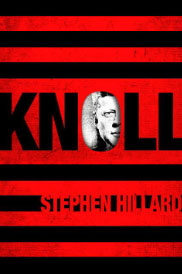